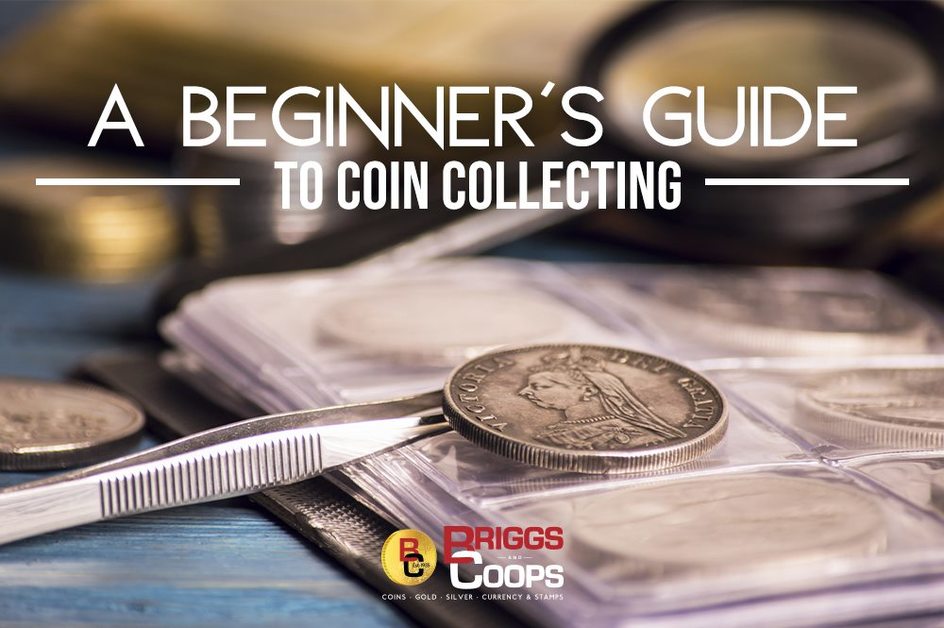 October 2018: Randy Briggs started working at Coops Coins at 16 and at 70 is adding his name — why now? With his son working there full-time, it is time to put the family name on the family business.

Longtime co-owner Randy Briggs will finally add his name to the storefront, where he works alongside his son as an expert numismatist, buying and selling coins, gold, silver, stamps, currency and other collectibles.

Fred Coops founded the business in 1935. Briggs started working there in 1966 when he was 16 and still in high school, and has worked there continuously since then.

In 1977 Fred Coops, Randy Briggs and John Dudding incorporated to “Fred Coops and Co. Inc.” Coops was the chairman; Briggs was president and Dudding was the vice president.

“Not much changed,” said Briggs speaking of the newly formed corporation. “The day after we all did the same things we did the day before.” Coops continued working until he died in 1992 and Briggs and Dudding became co-owners.

In 1995 the shop moved to its current location in Redlands from the Central City Mall in San Bernardino.

Since the retirement of Dudding in 2015, Briggs and his wife Lauren have been the sole owners. Though Fred Coops long ago left the business, his name will remain to honor him and the legacy he began. “The Coops name is important — in this industry and in this community,” Lauren said, “It’s synonymous with integrity and knowledge.”

Briggs and Coops has a new logo, new signage and a new website.

“Our goal is that the business will stay in the family,” Randy Briggs said. Their son, JR, works there full time, and has for many years. Recognizing the transition from himself to his son, Randy said, “I’m an old-mismatist and he’s a new-mismatist.” Randy’s joke is quite an understatement, as he was recently awarded a 50-year membership pin by the American Numismatic Association.

“Our sons have grown up in this business and have the skills and expertise to work there, especially given the man who is teaching them," Lauren said, “No one can match my husband's 50 years of experience, but my son has the knowledge and character to carry on this legacy.”

If you have something that might be valuable, heed these tips:

This information is the same as the live quotes that we offer in our store. Quotes are valid at the time of purchase, and quotes cannot be secured over the phone. Given that the precious metals market is constantly changing, the quotes are also constantly changing.

We are the Inland Empire's most trusted buyer of scrap jewelry. We know that we offer more money than anyone else, and we are so confident that we encourage you to shop around... because we know you'll come back to us.

Here is a basic list of what we are buying:

All pieces can be whole or broken, it doesn't matter to us! Don't get fooled by big advertisers and gold parties. Get paid the most at Collector Galleries.

"Behind every small business, there's a story worth knowing"

"I can’t remember a time when I didn’t collect something.” said Randy Briggs, owner of Coops Coins - Bullion, Currency & Stamps. “When I was about nine, my father went to the bank and brought home a bag of five thousand one-cent coins. He dumped them onto the living room floor and told me to sort them by date and mint-mark—the tiny letter denoting the place of issue. Ultimately, I built a complete set of Lincoln cents. I loved looking at the coins, separating them, and putting them in albums. I can remember going through my parents’ change every night looking for treasures. My fascination has never stopped."

Randy’s love of collecting has continued through out his life. Growing up in San Bernardino, Randy attended Marshall Elementary and Arrowview Jr. High, graduating from San Bernardino High School in 1967. From there he finished his formal education at CSUSB, where he majored in Business, Economics and European History. This combination may seem unusual, but these areas of study equipped him to work in the coin business. In 1966 Randy started his career with Fred Coops’ Coins in San Bernardino. The store moved to Redlands twenty years ago and is located at 21 E. Redlands Blvd, Redlands, California, right across from the Tartan Of Redlands.

Over the years Randy has developed an expertise in many areas of numismatics (the study and collecting of coins) and is called upon regularly to speak on a variety of topics at schools, service clubs and state, national and international collector organizations. He has founded the Collector’s Forum which brings together people with a passion for collectibles and their connection with history ranging from woven baskets, and pharmaceutical bottles, to postcards and antique mouse traps.

Randy and Lauren moved to Redlands in 1975, developing a deep love for the city and its history. By the early 1980’s, Randy had put together an extensive collection of Redlands memorabilia, including rare bank notes and several hundred old postcards of the town and surroundings. The collection has continued to grow and now numbers over one thousand different scenes. The collection provides the basis for the book, Redlands – A Postcard History Series. If you have ever collected anything in your lifetime you will be excited to meet Randy!

Most honest place in town! We have always appreciated the Briggs family for giving my husband the opportunity to work at the coin shop during our first year of marriage. You'll always get the best deal, plus he always came home with the best stories!

The best reason to deal with Randy and Briggs and Coops is they are honest. In these times it's particularly hard to find honest people. They are great, honest people and you can trust them to give you a fair deal.

They are awesome. Very friendly and fair!!!

I brought in a bag full of coins I had inherited. I was a bit hesitant, not sure if the coins really had any value. They were very nice, made me feel comfortable, explained why a coin had value or not and bought the ones that did. I appreciated their honesty, without making me feel foolish.

They were very fair giving us market value on our silver coins even when it was at its highest point several years ago. I highly recommend 👍🏼

You can trust Randy Briggs.

He’s amazing period !! He’s such a nice guy ... every year he helps me find a unique coin for my husband for Christmas, and that’s not a easy task, but he pulls through every time.

Coops is a good outfit. Ethical and reliable.

I buy my husbands birthday present every year from them ... they are so nice, helpful and knowledgeable .... I love coops coins.

The help and customer service you get is awesome. I buy a coin for my husband every year from them. Randy wrote a whole page of details about the note I bought. I wouldn't go anywhere else.

Many years ago I inherited an extensive coin collection. Randy and his son's helped me navigate through what I had received and they continue to do that today.

I really love the history in this store. Also, they have REAL dollar bill wrapping paper!! I bought a silver bar for a graduation gift and it was a BIG hit!

My usual criterion for a stamp or coin shop: can I add new material to my collection at good prices? At Coops, the answer is always yes. Their bid board, their "junk boxes," their displayed items, and above all the vast holdings in their back room (brought to the counter by request) have all ended up in my collection. I am one of those who has been visiting their shop for about a half-century, and there are a few older folks who have been shopping there even longer, but they are helpful and friendly to newcomers too. I have been in a lot of shops, and one positive thing about Coops that may particularly interest those with coins or bullion to sell is that they pay the highest prices in the area. All in all, the best shop in San Bernardino County, and people from several other counties come there regularly as well.

They are knowledgeable, helpful, pay best prices, YES...but even more than that, they stand with integrity! A rare attribute in business these days. Plus they're fun to talk to and be around!