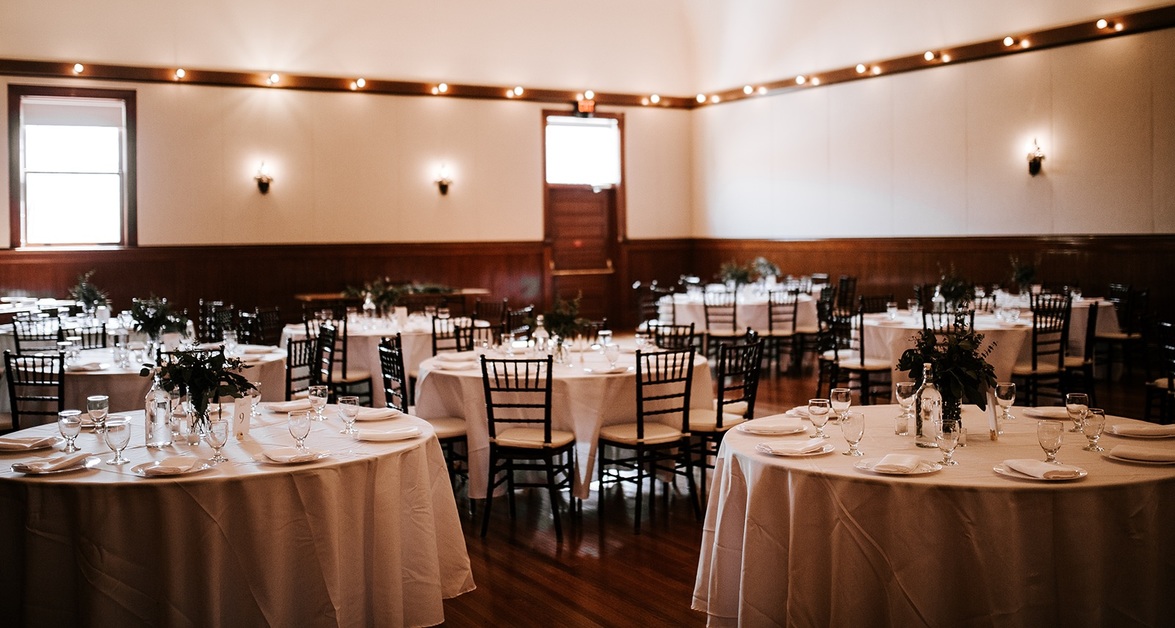 Providing an exceptional historic event venue with quality in mind. Located in the Columbia building in downtown Redlands. Wedding, Reception & Event Venue under 500.

Finished in 1899, the Columbia building was the last building built on the first block of E. State Street and has been utilized for gatherings both large and small. Located on Redland's iconic State Street, this historic gem has been closed for use since 1948. Speakeasy on State offers 4000 square feet of elegance, mixed with beautiful hard woods, raw exposed brick, and the

finest period specific details - found nowhere else in tow. Proudly representing the heartbeat of downtown Redlands, Speakeasy on State boasts two large gathering rooms, each with their own distinct feel, a bridal suite, restrooms, and a preparation kitchen. Opposite the entrance, Speakeasy on State lets out into the charming City of Redlands Alley Park, perfect for outdoor socializing.

You will gasp as you step into this beautiful space. Here you’ll find wall to wall hard wood floors, large elegant period specific chandeliers, exposed brick and mortar dating back to the inception of downtown Redlands, all brightly lit with natural lighting shining through three massive double hung windows. The Columbia Room is a perfect backdrop for your next wedding ceremony or private dinner party.

As you walk through the oversized pocket doors into The Ballroom, you’ll stop in your tracks as you try and take it all in. The Vaulted ceiling, the Edison lights, the original ceiling fans, the red probation light, the high sided wood wainscoting, and the wall to wall sparkling wood floors. It’s hard to process all this beauty stuffed into one gorgeous room. This space has been equipped with custom designed sound panels to help with the acoustics for your next big event.

Karl C. Wells was an astute businessman and banker in Redlands during the mid to late 1800s. Mr. Wells was responsible for donating the original land to found the University of Redlands in 1907.

Wells had for a long time dreamed of owning a downtown business building but was unable until 1899. The majority of East State St. had been built up during the late 1880s; however the only structure standing at 10 E. State St. was the home of M. F. Pierce which was removed by force due to a fire ordinance enforced by the city. In 1899, Wells christened his “Columbia” building and it was first occupied by Meserve’s Clothing Store the following year. Only a few years later in 1902 the Redlands City Directory shows the upstairs of 10 E. State St. was utilized as a meeting lodge for a fraternal organization founded during the American Civil War named The Knights of Pythias.

By the late 1930s, the building was home to a chapter of the Veterans of Foreign Wars. The City of Redlands leased the VFW hall to host community dances and as a recreation center. The city continued its usage of the building through the 1940s.

Following the end of World War II (1945) the VFW moved to a different location. According to the City of Redlands Archives usage of the second floor of the Columbia building during this time is lacking.

The building was most recently purchased in 2012 and the second floor has been completely restored with some modern updates. It is understood that the upstairs portion of 10 E. State St. was utilized during the Prohibition Era (1922-1933) as a speakeasy (aka. illegal drinking spots).

Speakeasy on State is still equipped with its red light which helped indicate to customers the need to hide all alcohol. Also, in the pocket door leading into The Ballroom you’ll find two holes, the upper hole was utilized to visualize anyone seeking access, the lower of the two holes was utilized for the weapon that helped ensure there was no trouble.

This historic building is not only a gorgeous place to host any event, but the gals who run the show are as sweet as can be! Can't wait to introduce the world to this little gem!!